The day the vibrations started – I was frantically pacing around in my hotel room after a failed attempt to get myself together to see my city love, J. I had upset her again, and let her down, which wasn’t anything out of the ordinary at this point. But in this moment I couldn’t think about anything, including her. The only thing I could focus on was how the annoying sound from what seemed to be a vibrating phone notification. My first thought was that someone had been in my hotel room and had been recording me. Paranoia wasn’t new to me… I had been paranoid for a year or two at this point. Always feeling like someone was watching me, listening to me, or following me. Even the thought of my PC and cell phone being hacked consumed me. It led me to completely disconnect from technology on more than one occasion. Have you ever seen the movie, The Truman Show? I often feel my life is constantly being watched by the world. I hate that feeling and it’s exhausting.

I searched and searched to find the phone that was vibrating with notifications every few minutes to no avail. I left the space in complete disarray after I was unable to locate said device. A phone call to the hotel lobby created even more anxiety and then the vibrations only became louder. The promise was made of hotel staff taking care of the problem and this put me a some ease. Later I was informed that the vibrations were coming from the room adjacent to mine and that a hotel employee had left their pager in that room. Phew…finally, things started to make sense until…the low hum vibrations returned. Was I hallucinating? Was I lied to by the hotel personnel? Do they think that I’m crazy? Do they know I have Bipolar?

The sounds continued to resonate for days …not always constant but like clockwork, everyday around 3pm CDT …they returned. Finally I had the courage to mention this to my therapist and she decided that I have some more test conducted in the form of labwork to check my metabolizing of Latuda (I needed a higher dosage because I was metabolizing too fast) and another neuro-psych test. This didn’t help my anxiety or paranoia at all. In fact, it made me even more ashamed that I likely was starting to hallucinate. Conclusive results leaned towards exactly that – I was now experiencing hallucinations. 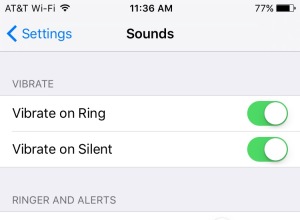 That was a few months ago, today I can proudly announce that I no longer experience the auditory hallucination as frequently as I used to, but they are still there. The last day I experienced a hallucination was probably at the beginning of the week. For this I am thankful and hopeful as I know they’ll cease completely one day … and for that I cannot wait.

During the discover of these auditory hallucinations, I also have found that my imagination is so vivid sometimes that I create moments that don’t actually happen. There’s a line from one of my favorite films, Cold Mountain, that sort of explains what I mean.

Ada: “But how did I keep you? We barely knew each other. A few moments.”

Inman: “A thousand moments. They’re like a bag of tiny diamonds glittering in a black heart. Don’t matter if they’re real or things I made up.”

By me doing this, unintentionally I should add, it created a false sense of things – even a false sense of physical surroundings. Such as with J, she longed for my presence and wanted to be around me. Don’t get me wrong, there’s nothing that could ever make me happier than being around her, but I was creating moments in my head and it gave me a sense of relief. It made it seem like things were ok with us, when they were not. In my head and in my dreams…we were always ok, but that wasn’t reality. I often question, are those moments considered hallucinations as well? I also wonder these moments I created were some sort of defensive mechanism to protect J from seeing the worsening of my symptoms or to protect myself?